Joanna held a solo exhibition at the Brian Sinfield Gallery in Burford Oxfordshire. The exhibition opened a week after Joanna was on the TV programme Spring Watch talking about why her hare paintings were so popular. The Gemini Hare painting was launched as a start of new series of paintings on the Zodiac and sold before it was aired on TV but was unveiled at this exhibition. After her first African themed paintings were launched at a solo show in London the year before, Brian Sinfield wanted Joanna to paint more of this new style of work but taking the animal pattern to the edge of the canvas like her first Zebra’s. It lead to the launch of her iconic Black Leopard etc. The Black Leopard sold to an art bank called Tempest Radford who sold it on to Standard Charter Bank and the show was a great success launching and selling many more new animals painted in this unique style. The Black Leopard was spotted by Raymond Blanc from a brochure produced for this exhibition and it lead to her selling one of the early prints to Raymond and also being commissioned to paint six more originals for his famous hotel Le Manoir Aux Quat’ Saisons deco style’. 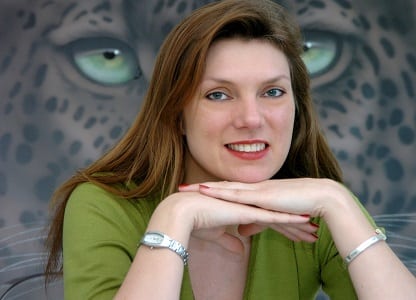 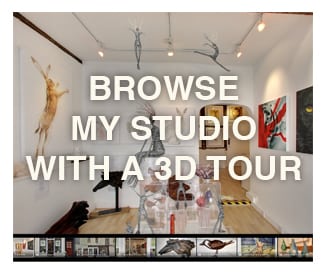